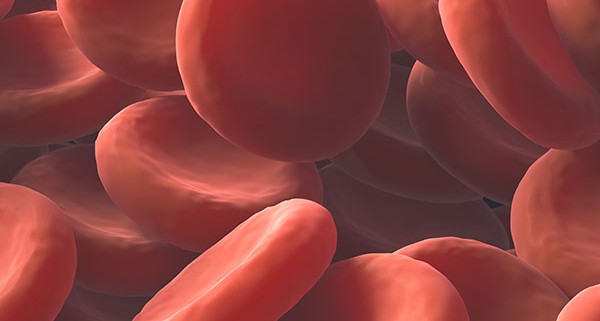 More than 30% of the world’s population has been diagnosed with anemia, a condition marked by a deficiency of red blood cells in the body. (1) Notably, the World Health Organization (WHO) has declared iron deficiency to be the most common and far reaching nutritional disorder in the world. More than just weakness or physical complaints, the effects extend to the economy as it reduces concentration and can decrease work production. In the WHO’s words, anemia affects:

Add in to this issue the number of people identified as having “low iron” (but not yet diagnosed as being anemic), and it is obvious that we have a serious problem on our hands.

Anemia is a symptom of something gone wrong in the body, and it can either be temporary or chronic. In all cases, if left untreated, anemia can cause debilitating fatigue – the kind that affects both the quality and length of life. The renowned Mayo Clinic concedes that anemia can ultimately lead to heart problems and, in severe cases, even death. (2)

According to the Centers for Disease Control and Prevention (CDC), the most common cause of anemia is iron deficiency. (3) Iron is a major component of hemoglobin! Anemia.org, an organization that provides educative information about anemia, says that anemia presents as a sign that your body has a shortage of hemoglobin, which is the protein in your red blood cells that transports oxygen to organs and tissues. (4) Commonly including symptoms like weakness, anemia generally also causes pale skin and fatigue to occur because the organs aren’t getting what they need to function properly. (5)

Lacking sufficient iron, your body can’t make the hemoglobin it requires to carry energy-sustaining oxygen to every tissue. The result is the group of symptoms that we call anemia.

The main symptom of established anemia is fatigue. Other symptoms may also include:

The following factors are associated with an increased risk for anemia: (4, 6, 7)

Without hemoglobin, the body would not receive oxygen and we would die. Lowered hemoglobin numbers are connected with a myriad of symptoms. According to the National Institute of Health (NIH)

“Normal results for adults vary, but in general are:

Normal results for children vary, but in general are:

When counts are slightly lower than normal, it typically causes no symptoms and isn’t considered significant. (9) But the body is an intelligent “engine,” and just like a vehicle is created to work with the intake of fuel, so the body requires nutrients to produce the right amounts of hemoglobin.

Without sufficient hemoglobin, cells lack oxygen; without enough oxygen, the brain, muscles, and all the other tissues begin to slow down. Initial signs of low hemoglobin might include:

As the hemoglobin levels drop, severity of anemic symptoms increase.

There are 400 types of anemia, which means its causes will be varied and widespread. We’ve already looked at some of the risk factors – women, the elderly, and the diseased are at a much higher risk than others. Two major groups of causes include: (10)

Blood loss can be caused by hemorrhoids, polyps, bleeding ulcers, heavy menstrual periods, gastritis, cancer, use of drugs that cause ulcers and gastritis, and childbirth. These can be circumstantial and temporary, such as the loss of blood from a wound or during childbirth. Or they can be long term, chronic issues such as menstrual conditions and cancer.

A lack of nutrients is more often a long term concern. While anemia is most often connected with a need for iron, a lack of other nutrients can be connected with anemia, as well, such as vitamin B12 and folic acid. Nutrient absorption can be affected by diet, gut health, or endocrine disorders. (11) (12)

Causes of anemia can be woven together, as well. For instance, both heavy menstruation and the inability to absorb vitamin B12 may be pinned on a faulty endocrine system, but heavy menstrual periods may be caused by a vitamin B12 deficiency. The body is a carefully interwoven machine of intensely intricate mechanisms.

The body is a carefully interwoven machine of intensely intricate mechanisms.

Why is B12 so vital?  Vitamin B12, also known as cobalamin, contributes to the synthesis of hemoglobin by activating succinyl Co-A (another chemical required for the manufacturing of hemoglobin).

This is good news, because it means that in most cases, anemia can be cured with a change of lifestyle.

The Importance of Iron

In the words of researchers from Switzerland and Iran:

“Iron is an essential element for almost all living organisms as it participates in a wide variety of metabolic processes, including oxygen transport, deoxyribonucleic acid (DNA) synthesis, and electron transport.” (16)

In humans, iron has many functions, but one of its primary roles is to carry oxygen from your lungs throughout your body. It also helps muscles store and use oxygen, as well as maintain healthy cells, skin, hair, and nails.

Iron is also a part of many enzymes used in cell functions. Enzymes help the body digest food and facilitate many other important reactions that occur within the body. When your body doesn’t have enough iron, many functions are affected. This is, in part, why symptoms of anemia can be so widespread throughout the body.

While iron is a necessity and iron-deficiency is often related to anemia and anemic-like symptoms, caution should be used when treating anemia or anemic symptoms with iron alone.

Many people self-diagnose themselves as anemic and believe that means they are iron deficient, so they start taking an iron supplement. However, while there may be a place for it under certain circumstances, using an iron supplement may only act as a bandage, while the root of the problem rages on. As we have seen, anemia is not simply an iron deficiency, but a problem with hemoglobin levels and transport, connected with a variety of causes. If an individual with anemia wants true health, the cause of the problem must be addressed, not covered up with a pill.

Anemia is not simply an iron deficiency, but a variety of connected causes.

Furthermore, assuming iron is the deficient nutrient, the kind of iron supplement used can play a huge factor in its efficacy. If you are anemic, you will often be advised to consume supplements or foods high in iron, but eating foods that are high in iron doesn’t mean your body is actually absorbing the iron from those foods. Iron balance in the body is mainly regulated at the point of absorption. (17) Iron waters and liquid supplements, for example, are more bioavailable than pills. (18) Bioavailability refers to how well the body is able to absorb a certain nutrient.

The question, when iron deficiency is related to anemia, is of two matters:

Whole food nutrition carries several benefits over synthetic supplements. The primary benefit is that the components in food work synergistically together to either improve or decrease absorption. For example, the American Journal of Clinical Nutrition published a paper, which shows that animal proteins and dairy are known to inhibit iron absorption, and proteins from soybean also decrease iron absorption. (19) Therefore, an iron supplement or high-iron food that is consumed with large amounts of dairy would not be absorbed well.

When the Mayo Clinic discussed the comparison between using iron supplements and accessing iron through improved nutrition, they noted:

“Supplements aren’t intended to be a food substitute because they can’t replicate all of the nutrients and benefits of whole foods, such as fruits and vegetables. So depending on your situation and your eating habits, dietary supplements may not be worth the expense.” (20)

Whole foods benefit the body more than supplements in a variety of ways.

The key for preventing anemia with diet is to focus on varied meals full of nutrients. Some that can be beneficial include. (22)

A diet rich in nutrients is the primary focus, so there aren’t a lot of real foods I recommend avoiding. However, there are a couple of points to remember:

If supplements are to be used, only those derived from whole-foods are advisable. I suggest barley grass capsules or powder and beet powder as good examples of a whole foods supplement for anemia. Because they have simply been dried and crushed into a powder, they retain the benefits of eating the whole food.

Other potentially beneficial supplements include:

Before you run out and start to boost your iron intake, however, make sure that you’re not dealing with a thyroid condition first. The anemia and thyroid disease connection has been well established since The Medical Clinics of North America published an article back in 1975. Although not extremely common, it’s important to note that hypothyroidism, hyperthyroidism and thyroiditis can cause anemia; and complete correction of anemia often requires full thyroid function restoration. (26)

How about you? What have YOU done to natural address low iron and anemia? 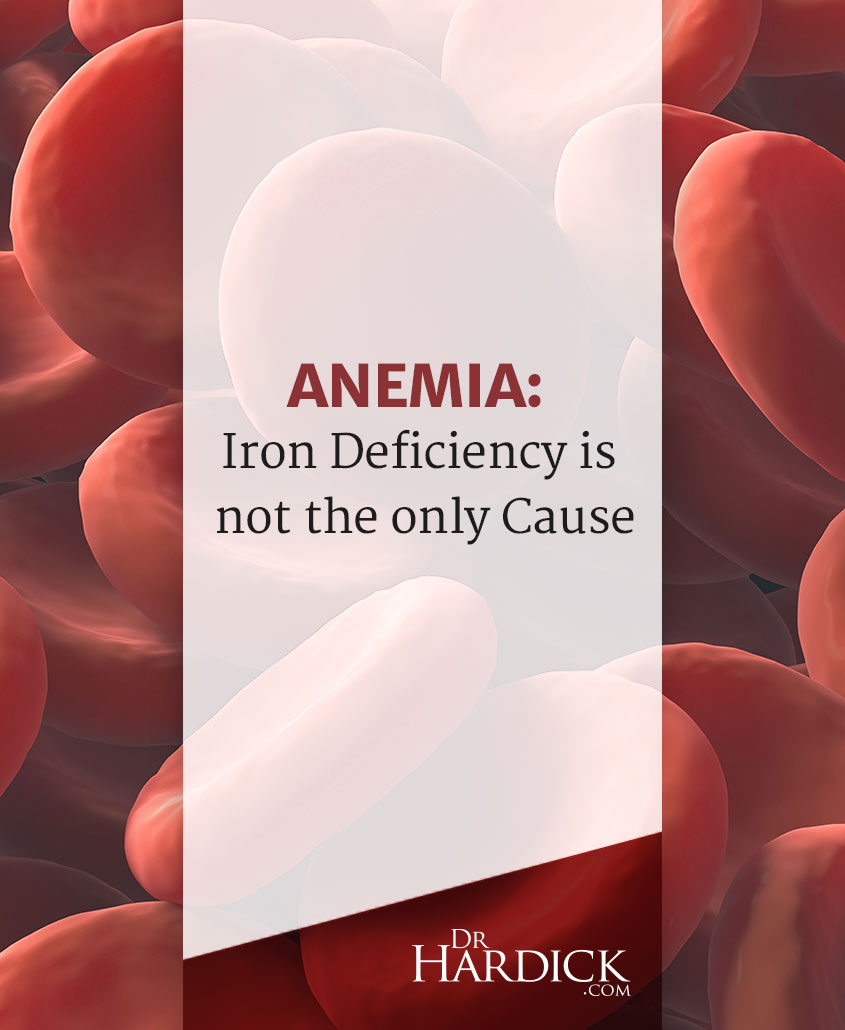 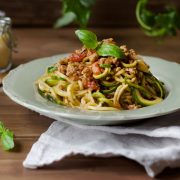 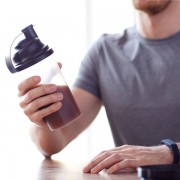 Whey Protein: Why Concentrate is Superior to Isolate 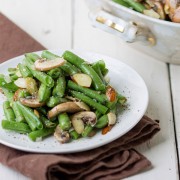 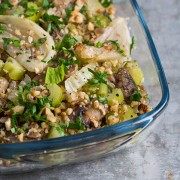 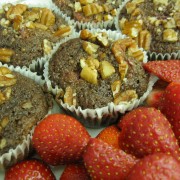 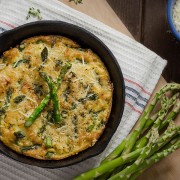 Best and Worst Vitamins for Your Kids

Kidney Stones: Symptoms, Causes, & How to Avoid Them

Living With or Without A GallBladder – Symptoms, Causes, & Natural Solutions For Poor Function