In 2012, scientists at the University of Rochester Medical Center in New York discovered that our brains have a unique waste removal system, which they named the “glymphatic system.” The glymphatic system is responsible for flushing out cellular waste and toxic byproducts that would damage our brains were they allowed to build up. (1) The mechanism’s discovery, as well as what happens when it fails, shines new light the role of toxicity in the development of dementia—specifically, toxicity in the brain.

We’ve known for some time that a key feature of Alzheimer’s disease is the accumulation of plaques, much like the plaques in the arteries of the heart seen with cardiovascular disease. However, Alzheimer’s plaques consist of beta-amyloid proteins, which are only a problem if they begin sticking together. When functioning properly, your brain effectively flushes out these spent proteins, preventing them from accumulating into plaques—but it’s bad news when the system runs amuck. If your glymphatic system fails, brain cells begin dying and you run the risk of developing Alzheimer’s and other neurological conditions.

By first understanding how your glymphatic system actually works, you can then understand what it takes to keep yours purring along like a well-oiled engine.

The Brain Drain You Actually WANT

Scientists named the brain’s newly discovered waste processing system “glymphatic” because it functions similarly to the lymphatic system in the rest of your body, but is managed by your brain’s glial cells. You have two types of brain cells: neurons and glial cells. Neurons are responsible for the electrical signals, and glial cells keep the neurons healthy by serving regulatory and protective roles, including destruction of pathogens and removal of debris.

All of your cells accumulate waste products from their daily activities, and some of these are toxic. Your lymphatic system removes them from the rest of your body, but your brain is separated from it by the “blood-brain barrier.” This is where the glymphatic system comes in, utilizing the special fluid circulating through your brain and spinal column called cerebrospinal fluid (CSF). Besides eliminating waste, the glymphatic system also helps distribute several compounds throughout the brain such as glucose, lipids, amino acids, growth factors and neuromodulators. (2)

The scientists responsible for discovering the glymphatic system describe it as follows:

The highly organized system acts like a series of pipes that piggyback on the brain’s blood vessels, sort of a shadow plumbing system that seems to serve much the same function in the brain as the lymph system does in the rest of the body – to drain away waste products. This work shows that the brain is cleansing itself in a more organized way and on a much larger scale than has been realized previously.

The newly discovered system circulates CSF to every corner of the brain much more efficiently, through what scientists call bulk flow or convection. While the previously discovered system works more like a trickle, percolating CSF through brain tissue, the new system is under pressure, pushing large volumes of CSF through the brain each day to carry waste away more forcefully.(3)

This “bulk flow” process allows CSF to wash through brain tissue and collect waste particles that accumulate in the spaces between brain cells. Many recent studies identify poor glymphatic function as a major factor underlying neurodegenerative disorders, including Alzheimer’s and Parkinson’s, traumatic brain injury and stroke.

Not surprisingly, the substances cleared out by the glymphatic system include beta-amyloid proteins. Beta-amyloids perform several regulatory and protective functions in the brain, but because our brains continuously produce them, they need to be flushed out. When they stagnate and accumulate into “plaques,” brain cells begin dying. Scientists have shown the glymphatic system to be responsible for removing more than half of your brain’s used-up amyloid proteins. Alzheimer’s, then, may stem from the failure of this special fast-track detoxification system. The following video is an excellent presentation about how it works.

The Glymphatic System Only Operates While You’re Asleep

One of the most intriguing things about this “garbage-disposal” mechanism is that it appears to function almost exclusively during sleep. Scientists believe this is because cleansing is such an energy-intense activity that it has to be done during the brain’s “down time”—like snow plows clearing more city streets at night because there’s less traffic. Toxic proteins are cleared from the brains of mice twice as quickly while asleep as awake. In fact, this may even explain WHY we need to sleep, and why sleep is so critical to every aspect of our health. (4)

When you sleep, your neurons actually shrink about 60 percent and the channels between them fill with fluid as your glial cells activate their pumping system to flush out intracellular waste. Once the waste is flushed into the venous system, it can be carried to the liver and removed from the body. Upon awakening, the channels shut down and your brain cells plump up again as most of your cerebrospinal fluid retreats to the surface of your brain.

When any of your body’s cleansing mechanisms breaks down, your risk for illness ramps up. Break-downs can occur in your skin, gallbladder, liver, colon, lymphatic or glymphatic systems. Since cerebrospinal fluid is what the glymphatic system uses to cleanse your brain, then your CSF must be flowing smoothly for brain detoxification to occur. Unfortunately, a number of things can disrupt normal cerebrospinal fluid flow, such as trauma, postural problems and spinal malalignment.

When any of your body’s cleansing mechanisms breaks down, your risk for illness ramps up.

Your upper cervical spine is a critical link in the flow of CSF between your brain and spinal cord. Studies have uncovered links between craniospinal problems and Alzheimer’s, Parkinson’s, ALS and other neurodegenerative diseases, as well as migraines, seizures, strokes and even psychosis. (6) In one study, cervical spine pathology was identified in every single multiple sclerosis patient when examined by upright MRI. (7) Malalignment not only obstructs CSF flow but may also increase intracranial pressure, creating further problems. (8)

Even if you’re relatively healthy, impaired cerebrospinal flow may be an issue, as described by Wheton and Glassey:

We hypothesize that stasis of the cerebrospinal fluid (CSF) occurs commonly and is detrimental to health. Physiologic factors affecting the normal circulation of CSF include cardiovascular, respiratory, and vasomotor influences.

Physiologic impedance or cessation of CSF flow may occur commonly in the absence of degenerative changes or pathology and may compromise the normal physiologic functions of the CSF. CSF appears to be particularly prone to stasis within the spinal canal. CSF stasis may be associated with adverse mechanical cord tension, vertebral subluxation syndrome, reduced cranial rhythmic impulse, and restricted respiratory function. (9) 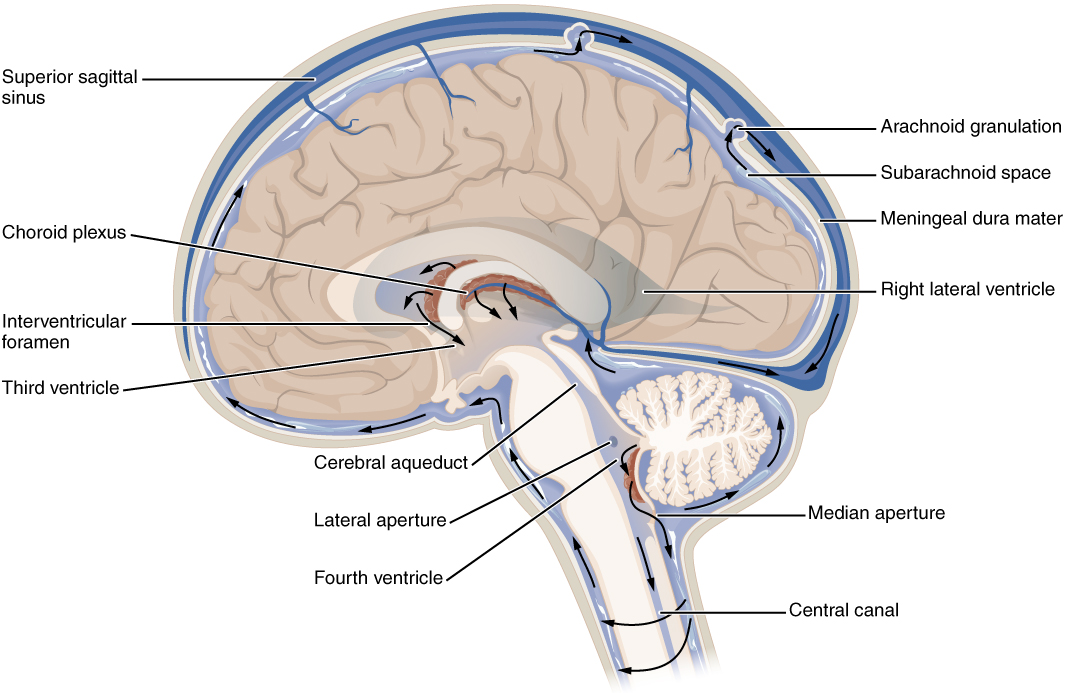 One of the most effective ways to enhance CSF flow is through chiropractic methods that adjust the upper cervical spine into better alignment. When blockages are cleared, your body is more effective at removing toxins. MRI scans have shown that cerebrospinal fluid and blood flow markedly increase following a chiropractic adjustment. Cranial adjustments may also improve sleep. (10)

Another intervention for potentially improving cerebrospinal flow and glymphatic function is CranioSacral therapy (CST). Developed by osteopathic physician John Upledger, the approach involves gentle manipulation of the cranium and sacrum while guided by subtly detectable rhythms called “cranial rhythmic impulses” that are palpable throughout the body. These gentle manipulations are said to influence the pressure and circulatory rhythm of cerebrospinal flow. According to Upledger, CST “works with the different body systems to pinpoint and correct source problems.”

Practitioners describe another feature of CST being the release of traumas locked in the tissues of the body, their release then promoting one’s own natural healing ability.

CranioSacral effects are subtle, therefore difficult to measure, but just because something is difficult to measure doesn’t necessarily mean it doesn’t exist. Proponents argue CST is an excellent way to enhance glymphatic cleansing. (11) Although robust scientific studies of CST are a bit challenging to find, Upledger makes the argument that “positive patient outcomes should weigh greater than data from designed research protocols involving human subjects, as it is not possible to control all of the variables of such studies.” (12)

Many anecdotal accounts can be found describing significant benefits from CST, such as a case study involving a 15-year-old autistic boy. (13) Both CranioSacral therapy and chiropractic are credited with promoting autonomic balance, activating the parasympathetic nervous system (relaxation response) and deactivating the sympathetic nervous system (“fight or flight” response). More information about CranioSacral therapy can be found at Upledger Institute International. (14)

Getting Back to Basics

The rest of my recommendations for detoxifying your brain are essentially the same as for detoxifying the rest of your body. The idea is to create a lifestyle of minimal toxic exposure, living as close to nature as possible. The best insurance for health and longevity is a combination of eating organic foods, drinking clean water, breathing clean air and moving your body often.

Exercise is as essential for your brain as for the rest of your body—maybe even more so. Sweat as much as possible. Sit as little as possible.

Jumping on a rebounder or exercising on a Whole Body Vibration (WBV) device are particularly powerful detox measures. Getting a massage can really move some toxins out of your soft tissues so they can be flushed out. Yoga is another excellent tool, particularly inversion positions (headstands, shoulder stands, legs up the wall, etc.), which improve your posture and encourage lymph flow. Infrared saunas may be helpful, and we’ve already discussed the importance of sleep. For more suggestions, please refer to my downloadable ebook Real Detox.

With so much of today’s news about Alzheimer’s focused on the lack of effective treatments, it’s easy to feel powerless and fearful about becoming the next statistic. If this latest scientific discovery tells us anything, it should serve as a reminder about the innate wisdom and healing power of the body. The more we discover about how the brain works, the more we know how to support it—and prevention is always the best medicine. 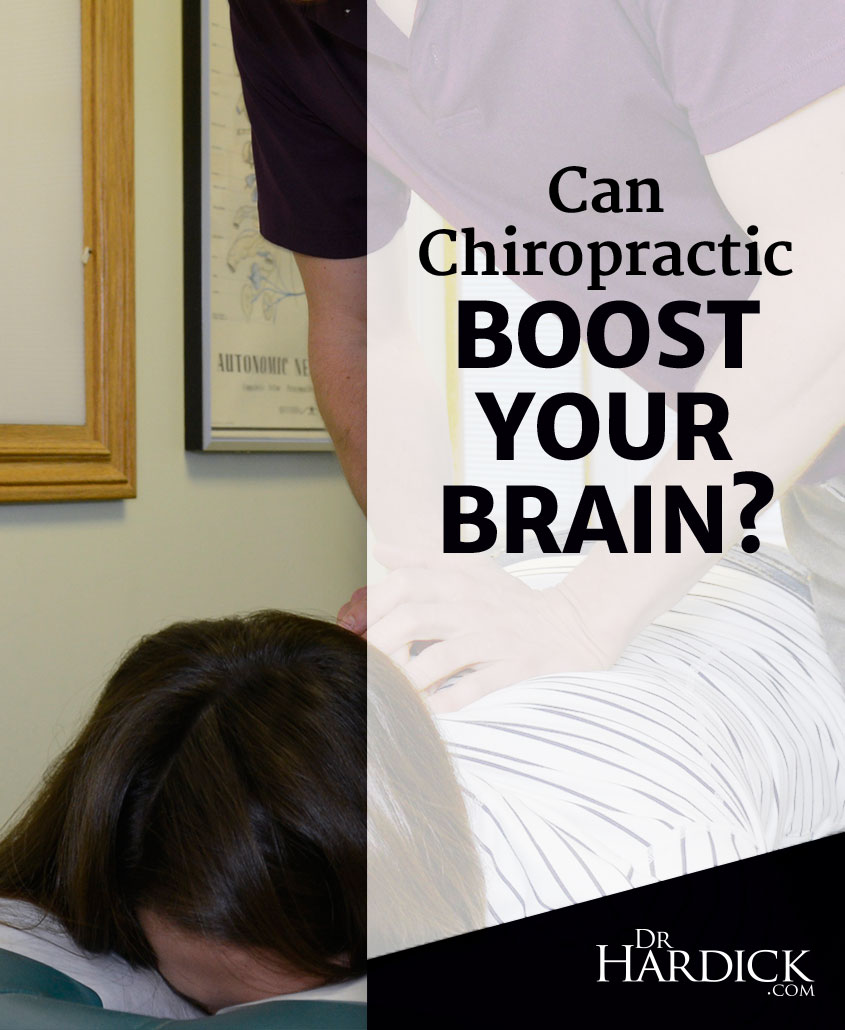 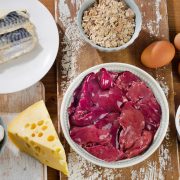 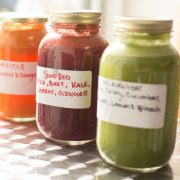 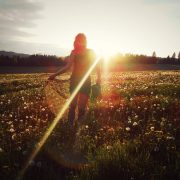 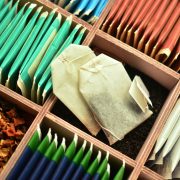 Are You Drinking Toxic Tea? 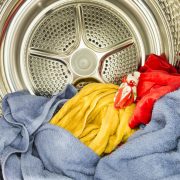 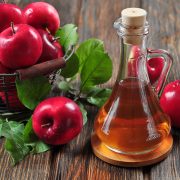 Cell Phones Shown To Be Dangerous, Especially To Kids