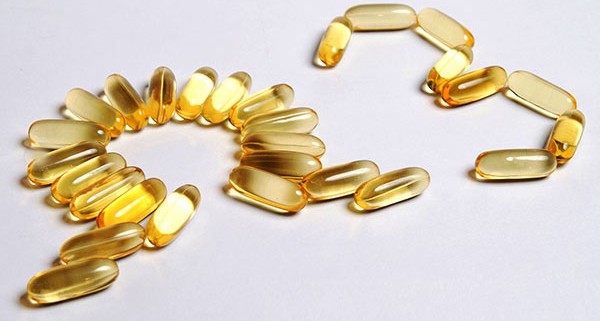 Over the years, I’m sure that you’ve heard a lot about omega-3 and omega-6 essential fatty acids. You’ve probably also heard some conflicting reports about what, when and how to best include them into your diet. I have found that there are 3 questions that confuse people the most:

Let’s take each of these questions in turn…

There is a lot of talk on the Internet about what the ideal omega-3:omega-6 ratio should be.  First off, the best way to know what the most ideal intake and maintenance ratios are for YOUR body is to do an organic acids test.  However, I have seen in practice that these tests aren’t always feasible for patients, and not necessarily very functional.

Research has shown that, for the vast majority of people who are not looking to treat specific disease, the ideal dietary ratio is a simple 1:1.

“Anthropological and epidemiological studies and studies at the molecular level indicate that human beings evolved on a diet with a ratio of omega-6 to omega-3 essential fatty acids (EFA) of approximately 1 whereas in Western diets the ratio is 15/1 to 16.7/1.” (1)

The importance of keeping this ratio in balance is infinitely more significant than simply keeping your Paleo diet. The high omega-3:omega-6 ratio that is so characteristic of today’s Western diet is suspected by researchers to be the primary cause of many health concerns today including:

In fact, according to Joseph Mercola, DO,

“Omega-3 deficiency is likely the sixth biggest killer of Americans. Low concentrations of EPA and DHA have been shown to result in an increased risk of death from all causes and accelerate cognitive decline.

For people looking to treat specific diseases, there are a number of protocols based off of various health conditions like ADHD, depression and to reverse inflammatory diseases. One of the best explanations that I have seen comes from Artemis Simopoulos, MD, President of the Center for Genetics, Nutrition and Health, located in Washington, DC.

“In the secondary prevention of cardiovascular disease, a ratio of 4/1 was associated with a 70% decrease in total mortality. A ratio of 2.5/1 reduced rectal cell proliferation in patients with colorectal cancer, whereas a ratio of 4/1 with the same amount of omega-3 PUFA had no effect. The lower omega-6/omega-3 ratio in women with breast cancer was associated with decreased risk. A ratio of 2-3/1 suppressed inflammation in patients with rheumatoid arthritis, and a ratio of 5/1 had a beneficial effect on patients with asthma, whereas a ratio of 10/1 had adverse consequences. These studies indicate that the optimal ratio may vary with the disease under consideration. This is consistent with the fact that chronic diseases are multigenic and multifactorial. Therefore, it is quite possible that the therapeutic dose of omega-3 fatty acids will depend on the degree of severity of disease resulting from the genetic predisposition.” (7)

The bottom line is that the lower the ratio, the better. If everyone shoots for that 1:1 ratio that our Paleo ancestors enjoyed, we should be fine.

Importance of Omega-3 Supplementation (For Most People)

Relatively unheard of the 1980s, it seems like everyone is taking fish oil supplements or adding flax seed to their green smoothies nowadays; and for good reason! As the name implies, essential fatty acids are “essential” for your body to function. They are also “essential” in the sense that, because your body doesn’t naturally produce them on its own, you need to consume in your food. The problem is that most people today eat a diet rich in pro-inflammatory omega-6s, and it has become necessary for most people to supplement with -3s.

It’s important to understand that omega-6s aren’t bad for you. Again, the ideal omega-3:omega-6 ratio is 1. The problem is that high amounts of omega-6s will trigger an inflammatory response in the body. Because most people in North America eat a diet rich in omega-6 fatty acids (processed foods, vegetables oils and grains) they will need to balance out their system by consuming more omega-3s and by cutting down on the omega-6s. To give you a sense for how easily this can happen, here is a list of the most omega-6 rich foods out on the market today. Chances are, if you’re eating fast food or processed foods, you’re taking in most of the Top 11! (8)

Most of the above oils and sources of omega-6s come with other problems, as well, as a result of heating, manufacturing, and their genetically-modified sources.  A better choice is Extra Virgin Olive Oil, which contains only a fraction of omega-6’s when compared with the above.  Hemp Seed Oil is also my personal favourite, as it boasts the most ideal ratio of omega-6:omega-3’s.  In contrast, because the 11 culprits listed above are so commonplace in our food source today, it has become essential for most people to supplement with healthy omega-3 sources to counteract the pro-inflammatory reaction to all these omega-6s.

Note, it may not be necessary for absolutely everyone to take omega-3 supplements. By and large, we have found that most people who start on the Maximized Living Advanced Nutrition Plan naturally reach the optimal ratio quickly because they are limiting processed foods and unhealthy vegetable oils from their diet. Interestingly, we have also found that when healthy people with stellar diets supplement with omega 3s, they put themselves at risk of developing the opposite imbalance.  Known as “omega-3 dominance,” this can lead to blood disorders including excessive bruising, bleeding issues and even collagen reformation.  My own father dealt with this problem.  Though his diet was perfect, he used to supplement with a higher dose of omega-3s.  Once he introduced some healthy omega-6s into his vitamin regimen, the omega-3 dominance went away.

Therefore, only once you’ve refined your diet would it be an ideal time to test your body’s own ratio, should you decide to go that route.

Until then, what’s the best ratio with which to supplement?  While I encourage people to shoot for a 1:1 dietary ratio of omega-6:omega-3, it’s not a bad idea to take an essential fatty acid supplement that presents a ratio in the range of 4:1-1:1, which is similar to what you’d obtain from wild game or wild salmon.  And don’t forget,

Supplements are designed to do just that: supplement a healthy diet, not take the place of it!

When it comes to choosing an omega-3 supplement, the general consensus has been that wild-caught ocean-based sources are best because they contain a wide variety of fatty acids including Docosahexaenoic acid (DHA) and Eicosapentaenoic acid (EPA).  In the past several decades, numerous studies have suggested that seafood omega-3 fatty acids, particularly EPA and DHA, can have a profound effect on disease, especially cardiovascular outcomes. For example, a meta-analysis of cohort studies and clinical trials published in The Journal of the American Medical Association (JAMA) in 2006 uncovered that daily consumption of 250 mg EPA/DHA reduced the risk of fatal CHD by 36% (9). However, a more recent systematic reviews and meta-analyses of the literature in 2012 has added an interesting twist to the “fish oil is best” mantra.

Written by an all-star team from Harvard, Cambridge, and a number of other medical universities around the world, the review was published in The American Journal of Clinical Nutrition in 2012 and systemically evaluated 27 original studies with 251,049 people experiencing 15,327 cardiovascular disease (CVD) events. Compared to the 36% decrease in CVD death that was attributed to animal sources of omega-3s, α-linolenic acid (ALA), a plant-derived omega-3 fatty acid, was associated with a lowered risk of 10% per each 1 gram increment consumed each day.

Therefore, it is theoretically possible to decrease your risk of dying from heart disease by 50% by simply consuming 2.5 tablespoons of ground flax or three-quarters of a tablespoon of flaxseed oil every day! The jury is still out, however, as the evidence is still somewhat conflicting.

According to The American Journal of Clinical Nutrition study,

“In observational studies, higher ALA exposure is associated with a moderately lower risk of CVD. The results were generally consistent for dietary and biomarker studies but were not statistically significant for biomarker studies. However, the high unexplained heterogeneity highlights the need for additional well-designed observational studies and large randomized clinical trials to evaluate the effects of ALA on CVD. “(1)

At the end of the day, it seems wisest to include a wide variety of natural plant and animal based omega-3s and 6s into your diet. Though there can be genetic preferences, most bodies are designed to utilize all of them! If you’re concerned that you’re not taking in enough quality, undenatured 3s and 6s on a daily basis, I would recommend supplementing with both for added insurance. 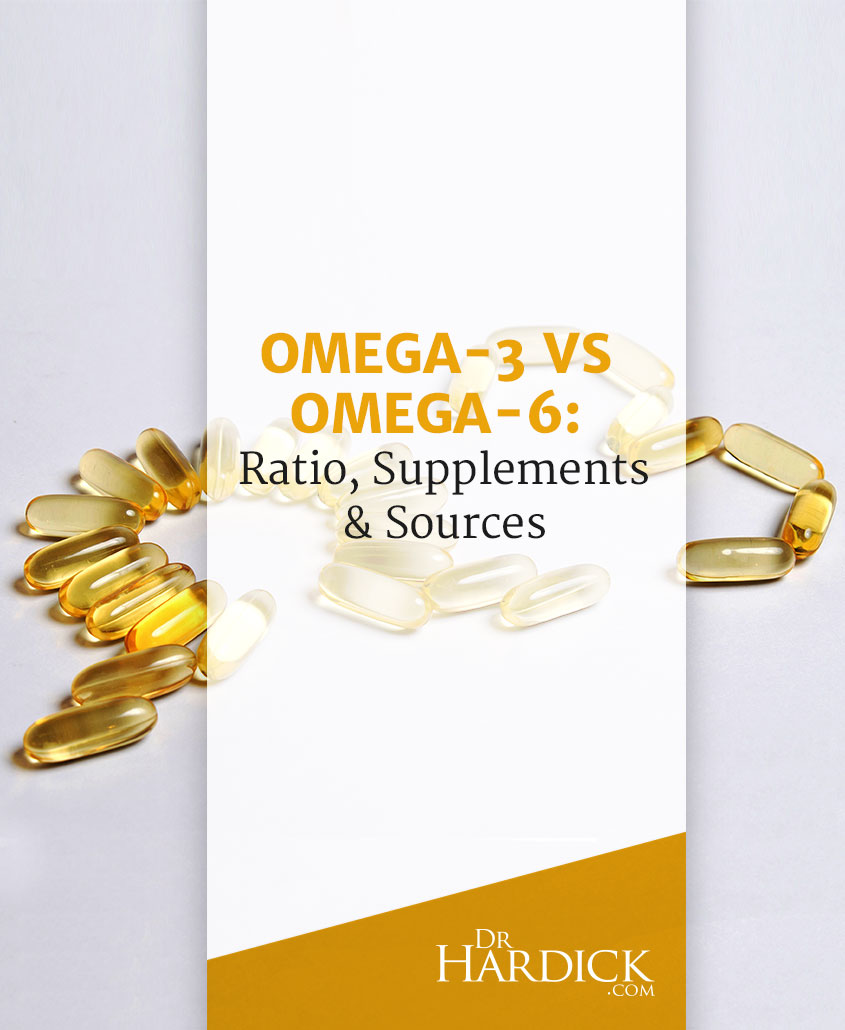 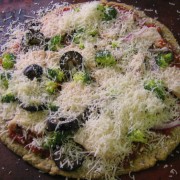 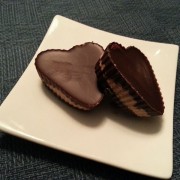 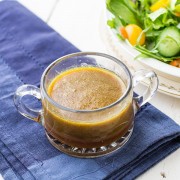 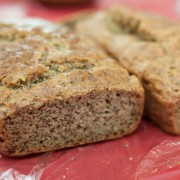 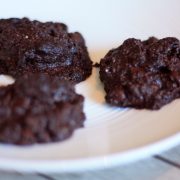 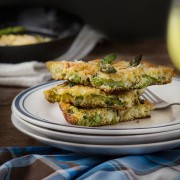 How to Eat Chia Seeds

What Does Science Really Say About Getting Enough Calcium?
Scroll to top