Remember simpler days when we had white and brown sugar packets to choose between, and eventually you learned the brown stuff was basically white sugar colored with molasses?

Likewise, you’re smarter than to fall for nonsensical claims like “natural” (any sugar is natural; so is gasoline), “more natural” (what does that even mean?), or “healthier than table sugar” (that isn’t saying much). On the other hand, labels like “USDA organic” are perfectly legit  (1), but your pancreas or liver could care less whether or not cane sugar is organic.

If you’ve even vaguely followed the news or browsed Facebook over the past few years, you know recent studies haven’t been kind to sugar, which has replaced dietary fat (particularly saturated fat) as health menace number one. (2) The conservative American Heart Association recommends keeping sugar – all sugars – to no more than six teaspoons for women and nine teaspoons for men daily. (3)

We’ve hit way above that: Studies show Americans eat 77 – 152 pounds of sugar every year. (4) Keep in mind that’s just straight table sugar; those numbers don’t account for starchy and processed carbohydrates that break down to sugar in your body.

But are these sweeteners really any better for you or just the latest marketing gimmicks? After all, most of these syrups, juices, and powders are far less processed than white sugar, and contain some nutrients.

For the most part, though, these sweeteners break down to two simple sugars – fructose and glucose – in your body. From there, both sugars take a different path, and understanding their fate will help you see why terms like “low-glycemic” don’t mean healthier (and could be very unhealthy).

Many natural sweeteners I discuss are low-glycemic, which marketers craftily boast on their label as a health benefit.

Consider agave. Under the words ORGANIC BLUE AGAVE, a brand called Wholesome™ (what a health halo!) touts a plethora of health claims: USDA-certified organic, Fair Trade Certified, non-GMO, and – you guessed it – a low-glycemic sweetener.

Glucose is the blood-sugar-spiking culprit here, which subsequently raises your fat-storage hormone insulin and your body’s inflammatory response. (8) Yet of the two sugars, it’s the lesser of evils: Glucose promotes satiety, and at a certain point your brain gets the message to stop eating. (9)

While most cells can utilize glucose, only your liver can metabolize fructose. Fructose doesn’t raise blood sugar, allowing manufacturers to boast “low glycemic.” That might sound good, but ultimately it’s bad news for your health and waistline.

Unlike glucose, fructose also doesn’t signal your satiety hormone leptin or suppress your hunger hormone ghrelin (14), and converts to fat twice as quickly as other sweeteners.(15)

Yes, fruit contains fructose, but an apple also comes wrapped with fiber, nutrients, antioxidants, and other good stuff that buffers its fructose load. Besides, the fructose you get in fruit is far different than what you find in heavily processed sweeteners.

Interestingly, because it doesn’t raise blood sugar, some experts once erroneously believed fructose was perfect for people with blood sugar issues. As you can see from the aforementioned recent studies, they couldn’t have been more wrong.

Take home: Don’t fall for the low-glycemic hype. If you see that health claim on a sweetener label, you can almost certainly translate that into “high fructose.”

Let’s briefly look at four popular natural sweeteners and whether they really offer any health benefits. 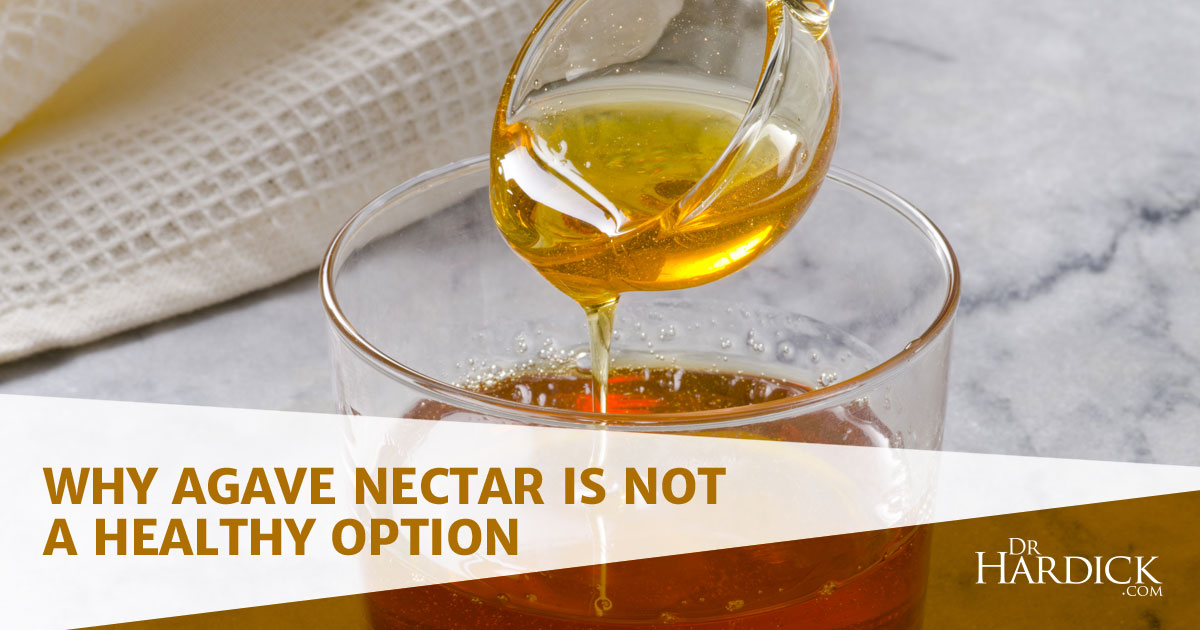 The name sounds so healthy, and as a plant, agave does provide antioxidant and anti-inflammatory benefits. As heavily processed syrup, it retains almost none of these qualities.

Agave hits the highest-fructose sweetener on this list with all its problems. Depending on its source and raw materials, agave can contain up to 84 percent fructose (16), compared with about 55 percent fructose in high-fructose corn syrup (HFCS).(17)

Is there anything good to say about this deservedly maligned sweetener? Well, researchers did conduct a small study with 18 mice fed either agave nectar or sucrose and an equal-calorie diet for 34 days. The agave mice had less weight gain – not weight loss – and better insulin levels compared with the sucrose mice. (19) That hardly qualifies agave as a healthy sweetener.

Honey goes way back: About 8,000 years ago, in fact.  Everything old is new again. Over the past few decades, honey has taken a place in modern medicine.

Researchers believe honey can inhibit around 60 species of bacteria as well as some species of fungi and viruses.

Among its medicinal benefits, honey shows anti-carcinogenic (anti-cancer) properties and has been used to treat gastrointestinal, cardiovascular, and inflammatory conditions.

Altogether, honey contains about 200 substances that vary in quantity depending on what plants the bees dined on, but include many amino acids, vitamins, minerals, enzymes, antioxidants, and prebiotic fructo-oligosaccharides (FOS).(20)

That last one deserves a brief explanation. FOS, which occur in several other sweeteners here, are short linear fructose chains also found in foods like asparagus, onions, and garlic. (21) Like the prebiotic inulin, FOS are indigestible and survive mostly intact until they reach your large intestine, where they feed your healthy gut flora and create short-chain fatty acids. (22)

Shouldn’t this make honey the perfect sweetener? Not quite. Of its composition, honey contains about 35 percent fructose, 30 percent glucose, and other sugars that altogether account for 95 – 99 percent of its composition. (20) From that perspective, honey is pretty much table sugar.

Fructose, glucose and other sugars account for 95-99% of honey. It’s pretty much table sugar.

Visit your health food store and you’ll find plenty of fancy adjectives describing honey, including “raw.” It sure sounds fancier, but no official definition exists for raw honey, which the University of Florida calls “an advertising gimmick used to convince customers the honey has not been filtered or heated.”(23)

Other meaningless honey “buzzwords” include natural and pure. “Organic” does mean something (it means honey was certified organic by an accredited certifying agent), (23) but certified organic honey is still honey — and 95%-99% sugar.

Interestingly, the word “honey” itself could essentially be meaningless. A controversial 2011 study published by Food Safety News argued over 75 percent of American honey might actually be a mix of the real stuff mixed with cheap ingredients.

“In the U.S., the Food and Drug Administration says that any product that’s been ultra-filtered and no longer contains pollen isn’t honey,” writes Andrew Schneider. “However, the FDA isn’t checking honey sold here to see if it contains pollen.”(24)

In other words, those cute honey bears on your supermarket shelf aren’t your best choice. Instead, choose raw, un-denatured, organic honey from a reputable company.  Quality matters:  The darker the honey, the higher its bioactive compounds and antioxidant activity.

As studies show, small amounts of honey – we’re talking about half a teaspoon – can provide therapeutic benefits, but don’t think this can become an all-you-can-consume sweetener.

Take home: Treat honey just like you would sugar, meaning use it in small doses and therapeutically if you choose. Read your labels and buy the highest-quality honey you can afford and find.

Coconut is the new “it” food, so as a sugar it must certainly be healthy, right?

Emphasis on few: You’d need to eat tons of coconut sugar to get any meaningful amounts of these and other nutrients.

Mostly, coconut sugar is just that: Sugar. While exact amounts from different region vary in amounts, researchers in one study found Indonesian coconut sugar contains about 71 percent sucrose and about three percent of both individual fructose and glucose molecules. (27)

Ultimately, it doesn’t matter. While they argue it as an acceptable sweetener, the American Diabetes Association argues people treat coconut palm sugar like regular sugar, which also has 15 calories and four grams of carbohydrate per teaspoon. (29)

Take home: Beyond trivial amounts of a few nutrients, overall coconut sugar is just prettied up, pricier regular sugar with a health glow — and from a coconut instead of cane or corn.

Dr. Oz went hysterical about this natural sweetener three years ago, mentioning a study on his show about overweight women who consumed three or four teaspoons of Yacón syrup lost on average 33 pounds after four months. (30)

Another human study gave 48 overweight adults oligo-fructose (essentially what yacón is made up of) or a placebo (maltodextrin) for 12 weeks. While weight loss wasn’t very impressive (a little over two pounds, versus the placebo group slightly gaining weight), researchers concluded oligo-fructose could potentially help overweight adults lose weight and improve glucose, perhaps by suppressing hunger hormones like ghrelin. (32)

Yacón (pronounced ya-CONE) syrup is derived from the yacón plant, which looks like a yam or sweet potato and is indigenous to the Andes Mountains.

Besides FOS, most of yacón consists of the prebiotic fiber inulin and various sugars including fructose. (34) In fact, about 35 percent of yacón is fructose, which provides much of its sweetness. (35)

Take home: High amounts of FOS and insulin likely buffer out any detrimental consequences of fructose, making yacón the only thumbs-up sweetener here. At the same time, this probably isn’t a “miracle” sweetener, and I only recommend yacón in small amounts.

As you can see, buying “healthy” sweeteners can become confusing. Manufacturers would rather you just buy their health-claim-heavy products than question whether these are truly healthier options. Treating them like a slightly less processed, nutrient-denser version of sugar can put honey and other sweeteners on this list into perspective.

Ultimately, there’s no such thing as a perfect sweetener. While some experts and health organizations recommend counting sugar calories or slowly reducing them from your diet, completely eliminating all sugars becomes the best way to retrain your body’s neurological response. Especially if you have any degree of insulin resistance or other blood sugar issues (most of us do), you know a “little sugar” often opens the floodgates for more sugar.

Eliminating all sugars is the best way to retrain your body’s neurological response.

That rings true regardless what “healthier” sweetener you choose. Paltry nutrients aside, honey and other sweeteners essentially all break down into glucose and fructose, creating sugar’s havoc. In fact, these sweeteners can be worse in one sense: Their health glow might give you “permission” to consume more.

When you eliminate refined sugar from your diet (especially when you go cold turkey), you’ll probably have a seven to 14 day “withdrawal” period. The best way to get through that period is to keep your blood sugar steady with regular meals that contain healthy fats, protein, non-starchy veggies, and high-fiber carbohydrates like quinoa.

While it might feel brutal initially, after about 14 days you’ll completely eliminate cravings and break free from your sugar addiction. It isn’t easy, but that freedom can be yours.

If you insist on sweeteners – hey, I get it; sometimes you want your coffee or tea a little sweet – the herb stevia remains my favorite. Small amounts of raw un-filtered honey or yacón in a protein bar won’t do any harm and might provide some benefits, but don’t think these are unlimited sweeteners. Use them judiciously just like you would table sugar.

If you ever bought into the agave or other “healthy” sugar hype, what changed your mind? What’s your go-to sweetener these days if you use one? Share your thoughts below or on my Facebook page. 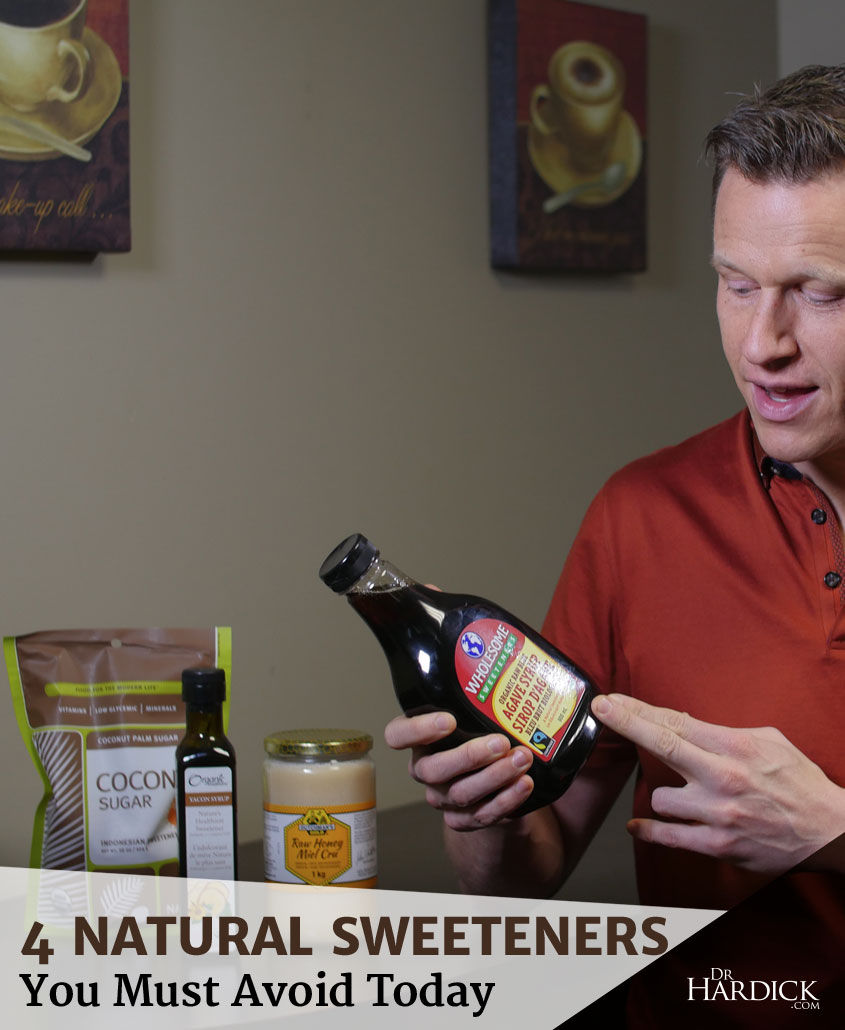 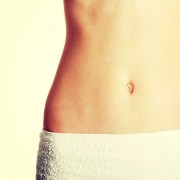 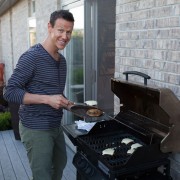 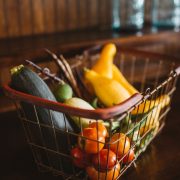 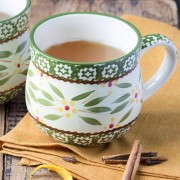 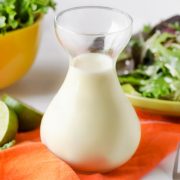 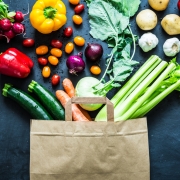 Why You Should Stop Using Agave Nectar